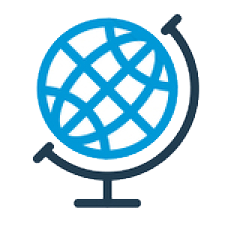 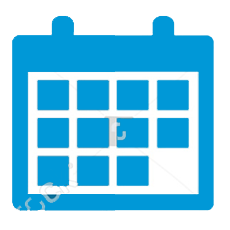 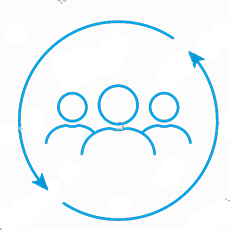 The Rule of Law Platform phase I assisted in structuring the process of dialogue and exchange of best practices between Central Asian and European Union countries and between Central Asian countries themselves. It has fostered regional cooperation regarding the state of legal and judicial reform and government actions and the activities of other donors. It has provided training to judges, lawyers and civil servants and contributed to higher legal awareness amongst citizens. Pertinent issues such as uniform implementation of legislation, independence of the judiciary and legal professions and reform of the public prosecution were addressed. As capacity building and reforms require mid- to long-term efforts and the dialogue mechanism is set up as a continuing process, phase II equally seeks to respond to the current needs of the partner countries in the identified priority areas and is complementary with their national plans/activities (“issue-based leadership”). The overall objective of the project was to contribute towards the development of a stable and democratic political framework in the Central Asian partner countries, as established in the EU Strategy for Central Asia. The specific purpose of this contract was to improve the capacity of Central Asian countries to contribute to the modernization and reform of their legal and judiciary systems, by developing legislation and practices in line with internationally accepted standards and fostering dialogue with neighboring countries.

We use cookies on our website to give you the most relevant experience by remembering your preferences and repeat visits. By clicking “Accept All”, you consent to the use of ALL the cookies. However, you may visit "Cookie Settings" to provide a controlled consent.
Cookie SettingsAccept All
Manage consent

This website uses cookies to improve your experience while you navigate through the website. Out of these, the cookies that are categorized as necessary are stored on your browser as they are essential for the working of basic functionalities of the website. We also use third-party cookies that help us analyze and understand how you use this website. These cookies will be stored in your browser only with your consent. You also have the option to opt-out of these cookies. But opting out of some of these cookies may affect your browsing experience.
Necessary Always Enabled
Necessary cookies are absolutely essential for the website to function properly. These cookies ensure basic functionalities and security features of the website, anonymously.
Functional
Functional cookies help to perform certain functionalities like sharing the content of the website on social media platforms, collect feedbacks, and other third-party features.
Performance
Performance cookies are used to understand and analyze the key performance indexes of the website which helps in delivering a better user experience for the visitors.
Analytics
Analytical cookies are used to understand how visitors interact with the website. These cookies help provide information on metrics the number of visitors, bounce rate, traffic source, etc.
Advertisement
Advertisement cookies are used to provide visitors with relevant ads and marketing campaigns. These cookies track visitors across websites and collect information to provide customized ads.
Others
Other uncategorized cookies are those that are being analyzed and have not been classified into a category as yet.
SAVE & ACCEPT

What are you looking for ?